by Dennis Siggery and the Eric Street Band 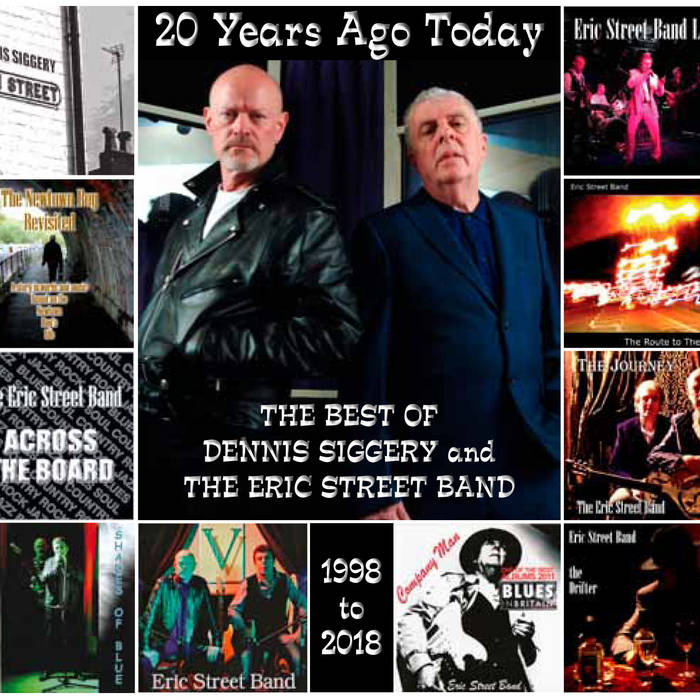 This limited edition album is a 20 year celebration of my time back making music. It features some of the most popular tracks from my musical partnership with co-writer, producer and musician, Neil Sadler, in the Eric Street Band and my solo albums over the years.

The Eric Street Band entered a new phase in 2016 when I put a new band together and started writing with Gordon Vaughan. We've recorded two albums - ‘Purple Passage’ and the follow-up 'Eye Of The Storm' (downloads available here on Bandcamp). The last 20 years have been full on - and I’ve no plans to stop now I love making music, and have had some great reviews over the years, so I’ll keep on keeping on. .

The original Eric Street Band was formed by me, Dennis Siggery, with Neil Sadler, my songwriting partner, guitar player and producer.

We made ten albums, had great reviews, and our album Company Man was voted album of the year by 'Blues In Britain' magazine.

In 2016 I formed the new Eric Street Band with these great musicians.and made the album, 'Purple Passage'.

Bandcamp Daily  your guide to the world of Bandcamp

Featured sounds by K.Spark and WIZDUMB, plus Basi joins the show to discuss his latest release.